Perhaps the best-known account of the 1936 Summer Games is Leni Riefenstah’s film Olympia, with its celebrated diving sequence. 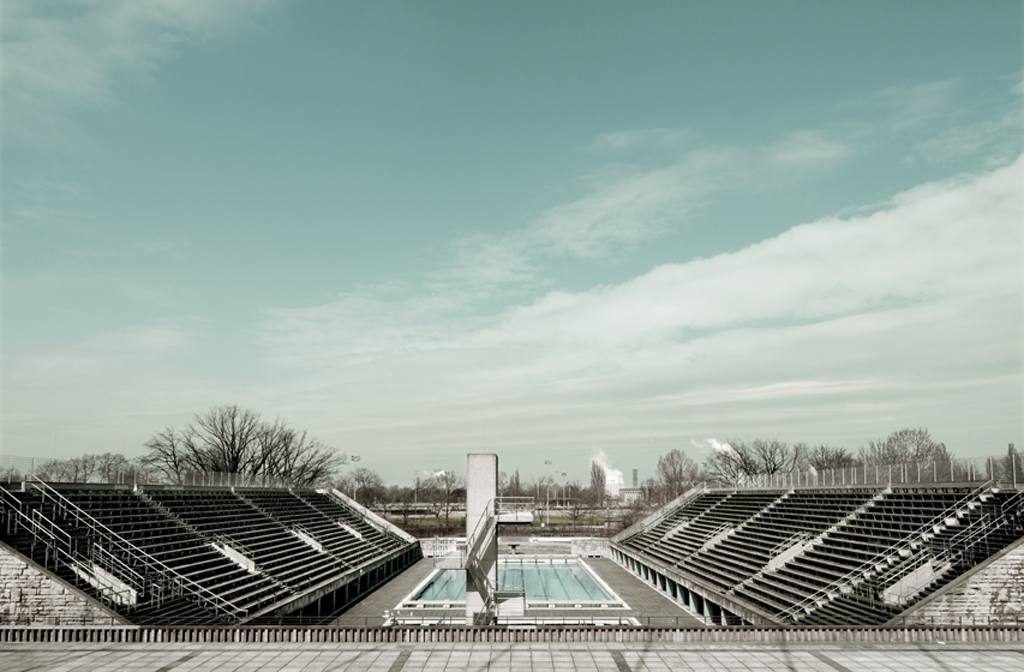 The swimming stadium is positioned just to the north of the 1936 Berlin Olympic Stadium. It is one of many competition venues located on the 130-hectare site of the Reichssportfeld.

Like the main arena, the swimming stadium is clad in limestone. It holds 6,500 spectators, but during the Olympics thousands more were accommodated on temporary stands. The stadium contains a swimming pool measuring 20 x 50 metres, and a 20 x 20 metre diving pool. Here, Marjorie Gestring of the United States won the women’s three-metre springboard diving event at the age of 13 years, 268 days. She was the youngest person to win a gold medal, and that record still stands today.

Another young swimmer, 15-year-old Austrian champion Ruth Langer, refused to compete in the 1936 Olympics. Although anti-Semitism was strong in Austria, officials had named Ruth, Judith Deutsch and Lucie Goldner to their swimming team. The three women, all Jews, refused to take part in the Olympics, saying: “We do not boycott Olympia, but Berlin.” However, there was no mass international boycott of the games.

Perhaps the best-known account of the 1936 Summer Games is the full-length film Olympia, directed by Leni Riefenstahl. The diving sequence shot at the swimming stadium is one of the most celebrated parts of this notorious film that was awarded a Gold Medal by the IOC. Although Riefenstahl was cleared by a denazification court in 1952 of charges of Nazi collaboration, she was haunted for the rest of her life by questions about her role in creating propaganda for Hitler and the Nazis.