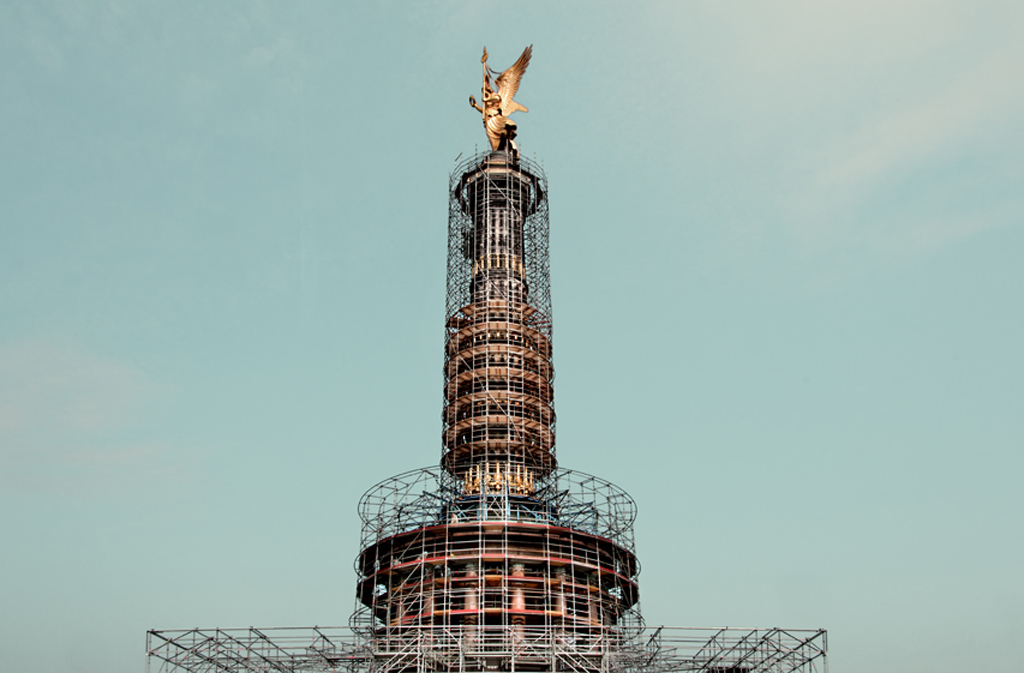 The Victory Column was originally located in front of the Reichstag, the home of the German Parliament. In 1938, in line with Hitler’s plans to redesign Berlin as a world capital called Germania, he had his architect Albert Speer move the Victory Column to Grosser Stern (Great Star). At the same time, Hitler added a fourth section to the column, making it almost 67 metres high. It is topped by a sculpture of Victoria, nicknamed Goldelse by Berliners.

Speer redesigned Grosser Stern, a huge traffic circle situated in the centre of the Tiergarten, and widened the east-west axis road running between it and the Brandenburg Gate. He also designed four classical pavilions around the circle; these provide access to pedestrian tunnels running under the roadway to the Victory Column in the centre of the Great Star. These pavilions and tunnels still exist today.

To the east and west of the Victory Column, more than 700 light standards designed by Speer were installed along the ceremonial avenue now called Strasse des 17. Juni. Near the end of WW II, the lampposts between the Brandenburg Gate and the western end of the Tiergarten were removed in order to use the road as a runway for German planes. Thus only about half of the original light standards remain in place today.

As can be seen in this photograph, the Victory Column is once again undergoing renovations. This iconic landmark is a remarkable example of urban change and continuity in the historic city of Berlin.