The natural approaches to the fort, including the Snake Path, are very difficult. 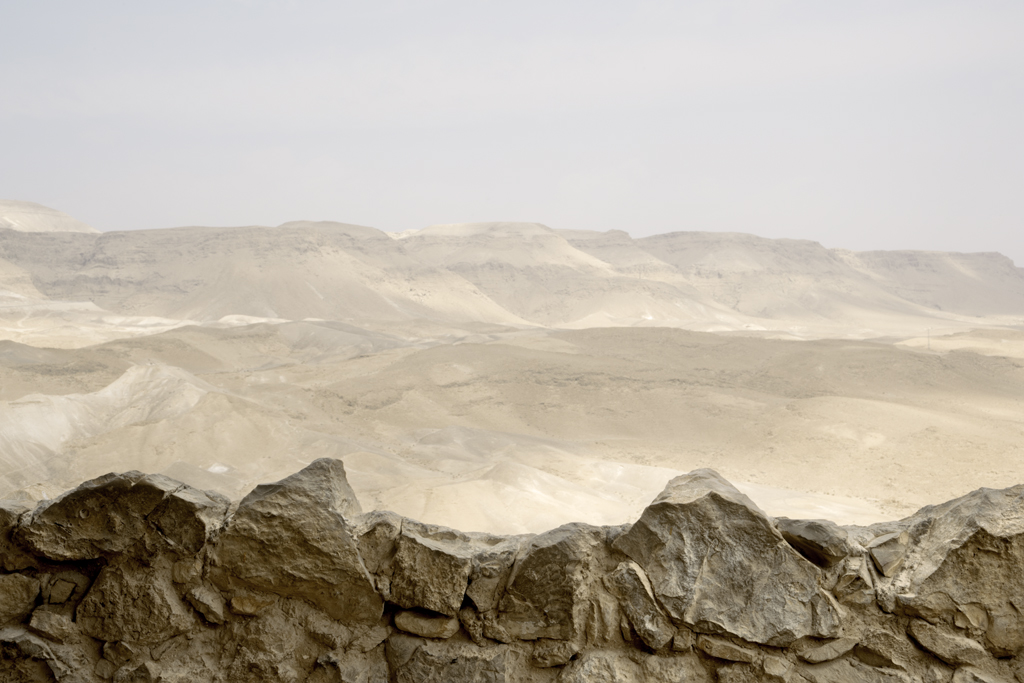 Inside the Fortress Looking West to the Judean Desert, Masada 2011

Located between the Judean Desert and the Dead Sea, Masada sits on a plateau whose western side drops 300 feet to the desert floor. The natural approaches to the fort are very difficult, including the Snake Path still used today, but only by the fittest; most ride the cable car. After the 1967 Six-Day War and Israel’s capture of the West Bank, a road was built from Jerusalem via Jericho, along the shore of the Dead Sea to Masada and beyond.

In this photograph, the Judean Desert can be seen beyond the remnants of the ancient fortress walls. Originally, a wall 12 feet high and 4,300 feet long ran around the perimeter of the plateau. Today, the wall is much lower, but still solidly in place. In addition to the wall, visitors can see clear evidence of the commandant’s residence, Northern Palace, bathhouse, cisterns, public pools, guardroom, officers’ quarters, synagogue, storerooms, and also the rebel dwellings used as living quarters at the time of the Great Revolt.

The Judean Desert is a relatively small desert, covering 580 square miles of Israel’s total area of 7,992 square miles. Israel stretches 263 miles north to south, and its width ranges from 71 miles to just over nine miles. Located at the eastern end of the Mediterranean Sea, Israel lies at the junction of Europe, Asia and Africa. It is bordered by Lebanon to the north, Syria to the northeast, Jordan and the West Bank to the east, and Egypt to the southwest.