Airstream trailers are held together by an average of more than 2,500 rivets. 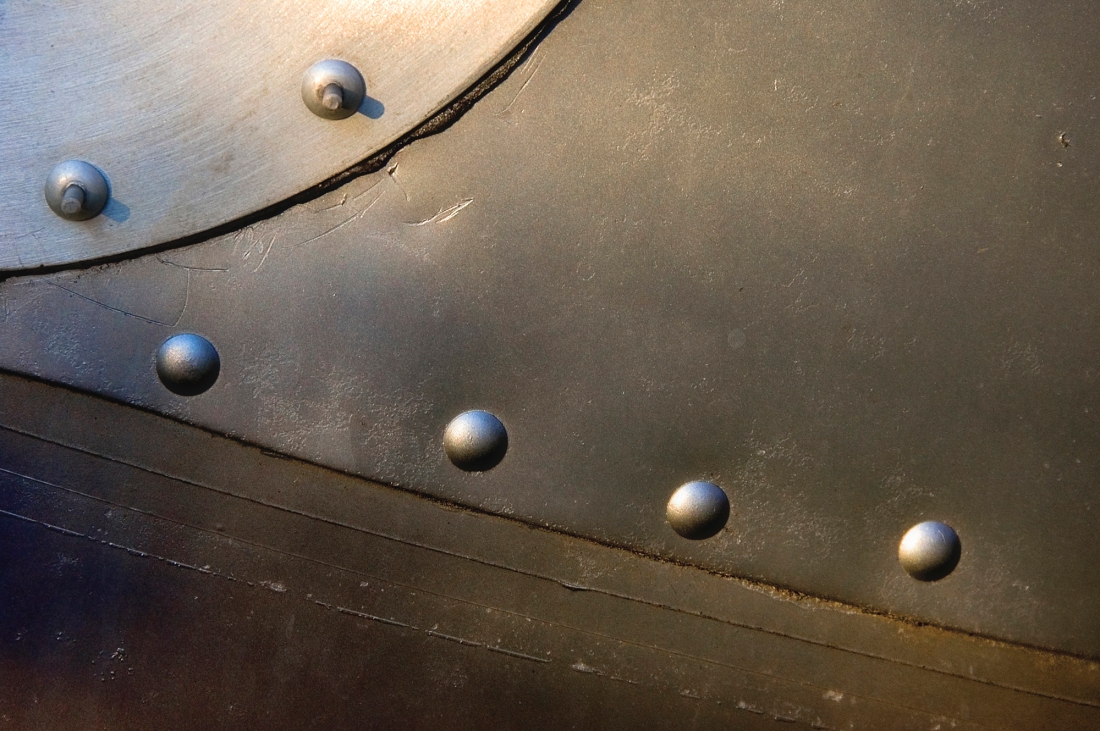 Each day for the past few weeks, I have been posting my photographs of the vintage Israeli posters that were on display in Ben Gurion Airport when I visited Tel Aviv last May.

Today I am starting a new “vintage” series called Airstream Abstracts. These photographs were taken back home in Canada, over the course of an entire year. In 2007, they were part of a larger solo exhibition entitled The Four Seasons.

In the beginning, the Airstream was parked in the open churchyard. There it mirrored the blues of the sky and the greens of the grass throughout the long summer days.

Later in September, as the days grew shorter, the trailer was moved into the trees behind the church where it reflected the reds and golds of autumn, the sparkling whites of winter, and the tender yellow-greens of spring.

The very first Airstream was built in 1930 by Wally Byam; his dream was to produce a perfect trailer that would move like a stream of air. The body, which is made of lightweight aluminum, is held together by an average of more than 2,500 rivets.

To this day, the signature shape of an Airstream trailer is recognized around the world.

0 thoughts on “Vintage: from Israeli posters to American trailers”