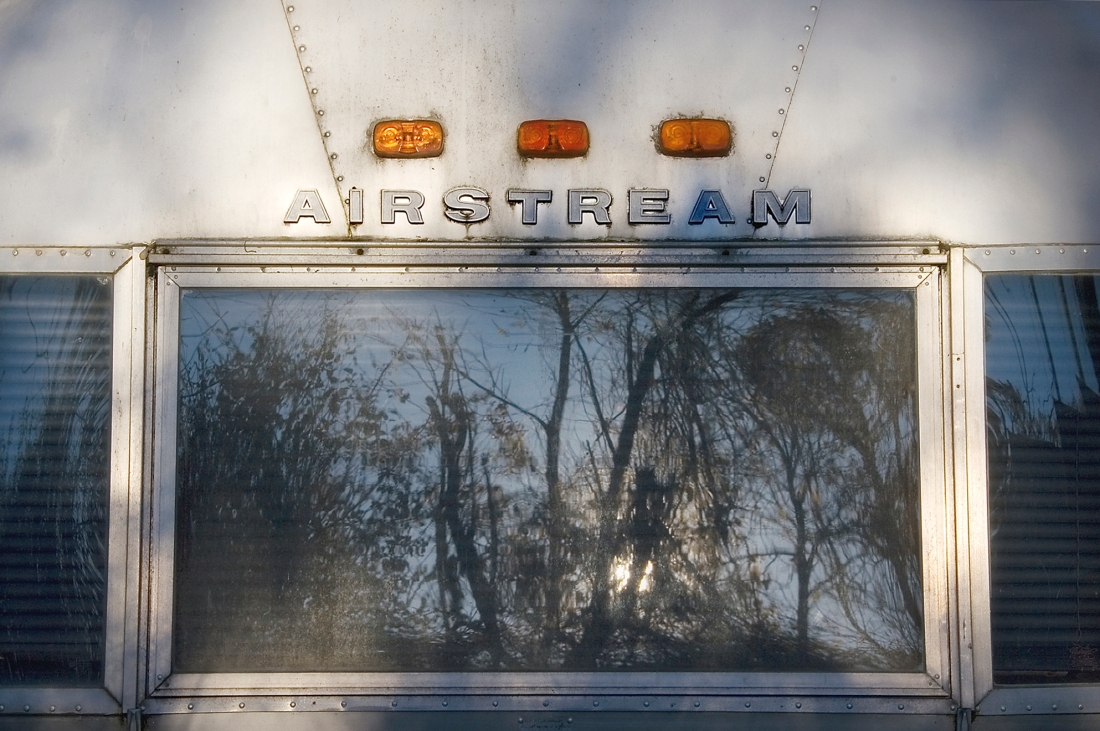 An Airstream trailer can be found in the Smithsonian National Air and Space Museum. It was one of four Mobile Quarantine Facilities built by NASA for astronauts returning from the moon. The unit on display there was used by Armstrong, Aldrin and Collins after their Apollo 11 mission. They were permitted to emerge from the trailer once it was determined that they were not infected by “moon germs.”

The two images shown above are from a grouping called Airstream Abstracts. The photographs in this series were taken over the course of an entire year. In 2007, they were part of my solo exhibition entitled The Four Seasons.

In the beginning, the Airstream was parked in the open churchyard. There it mirrored the blues of the sky and the greens of the grass throughout the long summer days. Later in September, as the days grew shorter, the trailer was moved into the trees behind the church where it reflected the reds and golds of autumn, the sparkling whites of winter, and the tender yellow-greens of spring.