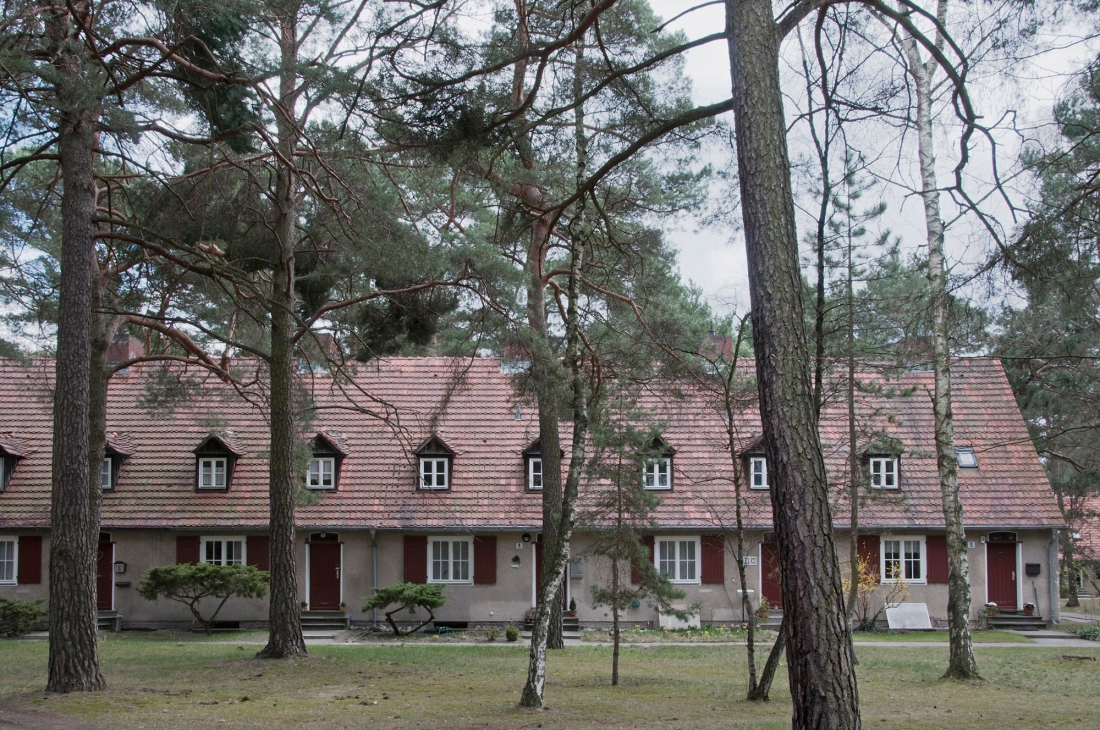 Back of Terrace House, Zehlendorf, Berlin 2010

Nazi Germany came to an end with the signing of the unconditional surrender on May 8th 1945. This historic event took place in the Karlshorst district of Berlin, in a building constructed in 1936-1938 by the National Socialist regime. The building initially served as the officers’ mess of the German Armed Forces Pioneer School. (To view photographs of this iconic location, please see the Haute Vitrine posts of November 10th and 11th.)

At the same time that Karlshorst was being built, the Nazis were constructing housing for their SS troops on the other side of Berlin. Zehlendorf is located approximately 30 kilometres west of Karlshorst on the shores of Krumme Lanke.

In his book Berlin 1933-1945, Maik Kopleck describes the Zehlendorf settlement: SS “Comradeship” Housing Development, architect Hans Gerlach. In 1937, the SS started to build 600 houses in the idyllic countryside of nearby Grunewald for members of the “racial elite.” Architect Hans Gerlach agreed his plans with the SS “Central Office for Race and Resettlement.” The houses were to be “simple and true, while display decency and dignity.” The detached and semi-detached and terraced houses, still standing today, were allocated according to rank. All houses today are private property.