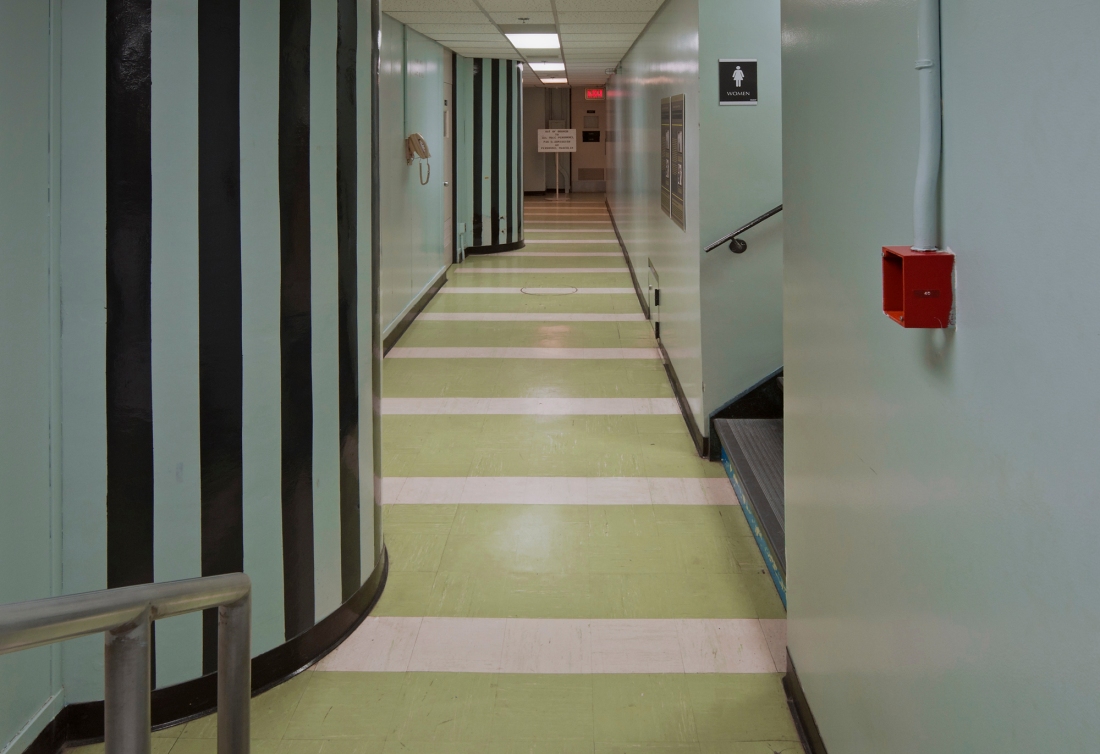 In this photograph, the sign at the end of the corridor reads: OUT OF BOUNDS TO ALL MALE PERSONNEL – PAS D. ADMISSION AU PERSONNEL MASCULIN. The women’s quarters in the Diefenbunker were painted blue to clearly identify this area which houses seven bunk rooms and one communal washroom. The bunker support columns are painted with vertical black stripes to give the illusion of a higher ceiling, and the horizontal bands of colour on the tile floor are an attempt to make the corridor appear wider than it really is. To see more details, please click on the image.

Exactly 50 years ago, in December 1961, Canada’s Central Emergency Government Headquarters, aka the Diefenbunker, became operational. During the Cold War, in the event of a nuclear attack, designated government officials would report to the bunker. The only female military personnel in the bunker would have served in the medical centre. There were also non-military women present; they worked as secretarial and clerical staff.

Built secretly between 1959 and 1961 just outside of Ottawa, the Diefenbunker was nicknamed after Prime Minister John G. Diefenbaker. This massive underground complex contained office spaces, sleeping quarters, broadcasting facilities, decontamination chambers, and a weather station to monitor wind patterns and take radioactive readings. Other rooms, including the kitchens, bathrooms, food and waste storage, hospital and morgue, were dedicated to simple human survival.