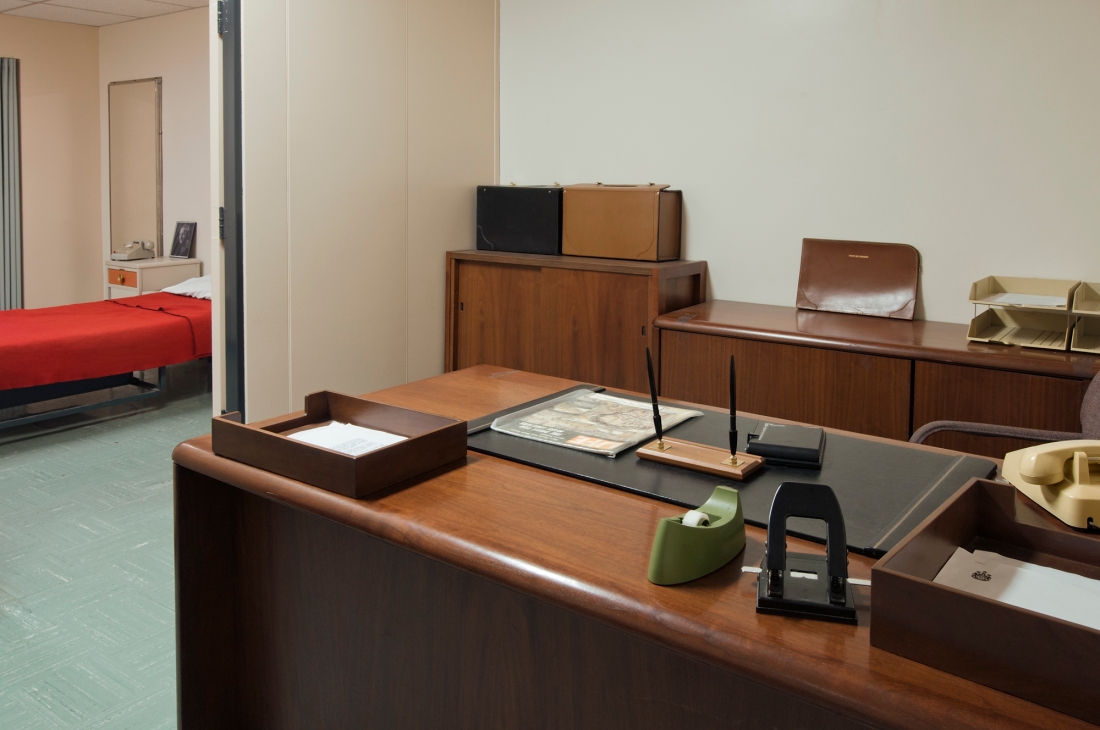 The Prime Minister’s suite in the Diefenbunker consisted of three rooms: an office, a bedroom, and a bathroom. The single bed seen in this photograph is the original; no spouses were allowed into the bunker. The picture on the night stand is of Olive Diefenbaker, the PM’s wife. Prime Minister John Diefenbaker stated that he would not report to the bunker in the event of a nuclear attack because his wife was not allowed to go with him. In fact, he never entered the bunker although he ordered its construction.

The magazine on the desk is the January 12, 1962 edition of Life, with a cover story entitled The Drive for Mass Shelters. Earlier, the September 1961 issue published a letter from President Kennedy advising Americans to build fallout shelters for their families.

Exactly 50 years ago, in December 1961, Canada’s Central Emergency Government Headquarters, aka the Diefenbunker, became operational. During the Cold War, in the event of a nuclear attack, designated government officials would report to Canada’s flagship bunker in Carp. It contained over 300 rooms and was designed to shelter 535 individuals. None of the occupants were allowed to bring family members with them. Built secretly between 1959 and 1961 just outside of Ottawa, the Diefenbunker was nicknamed after Prime Minister John G. Diefenbaker.