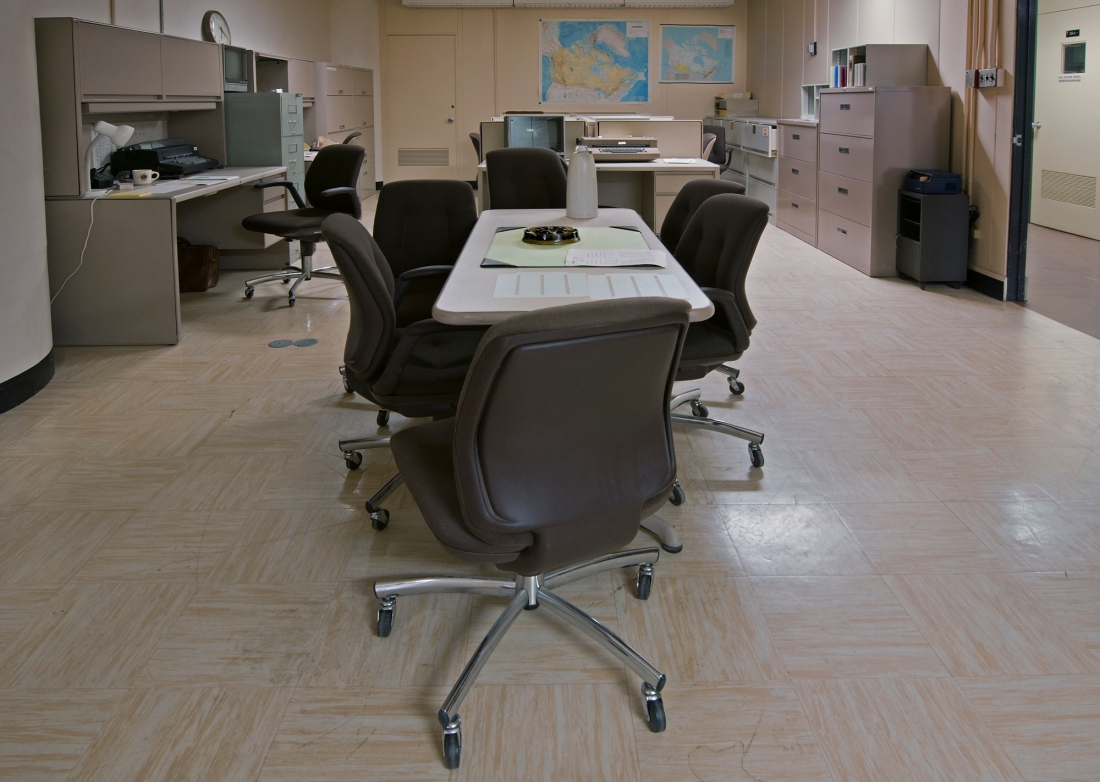 During the Cold War, political rhetoric was designed to intimidate enemy governments and their individual citizens. In 1956, Nikita Khrushchev told western diplomats: “Whether you like it or not, history is on our side. We will bury you.” Desperate times called for desperate measures.

In December 1961, Canada’s Central Emergency Government Headquarters, aka the Diefenbunker, became operational. During the Cold War, in the event of a nuclear attack, designated government officials would report to Canada’s flagship bunker in Carp. It contained over 300 rooms and was designed to shelter 535 individuals. Built secretly between 1959 and 1961 just outside of Ottawa, the Diefenbunker was nicknamed after Prime Minister John G. Diefenbaker.

The photograph above shows the Cabinet Secretariat. It is located on Level 300 of the bunker, adjacent to the War Cabinet Room. This would have been the office for almost two dozen staff from the Privy Council Secretariat, the Treasury Board Secretariat, and the Prime Minister’s Office. During a nuclear attack, the individuals working here would provide briefings and support to the government representatives assembled in the massive underground bunker. The Secretariat would also coordinate the flow of information between the War Cabinet and various government departments.