Leslie Hossack’s CHARTING CHURCHILL will continue into January 2015, the month that marks the 50th anniversary of the death of Sir Winston Churchill. 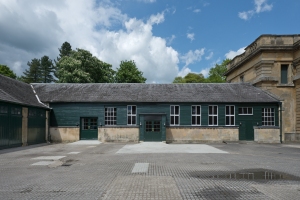 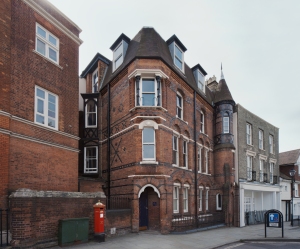 The images featured above are part of the limited edition collector’s portfolio created by Leslie Hossack to mark the 50th anniversary of the death of Sir Winston Churchill. She presents locations that chart Churchill’s personal and political life, from his birth at Blenheim Palace in 1874 until his death in London in 1965. To find out how these images are linked to Churchill, please see the previous posts here on Haute Vitrine.

THE CHURCHILL PHOTOGRAPHS  are part of Hossack’s larger body of work that explores Nazi architecture in Berlin, Stalinist structures in Moscow, contested sites in Jerusalem, a Cold War bunker in Ottawa, NATO’s Headquarter Camp in Kosovo, and buildings linked to the Japanese Canadian internment during World War II.