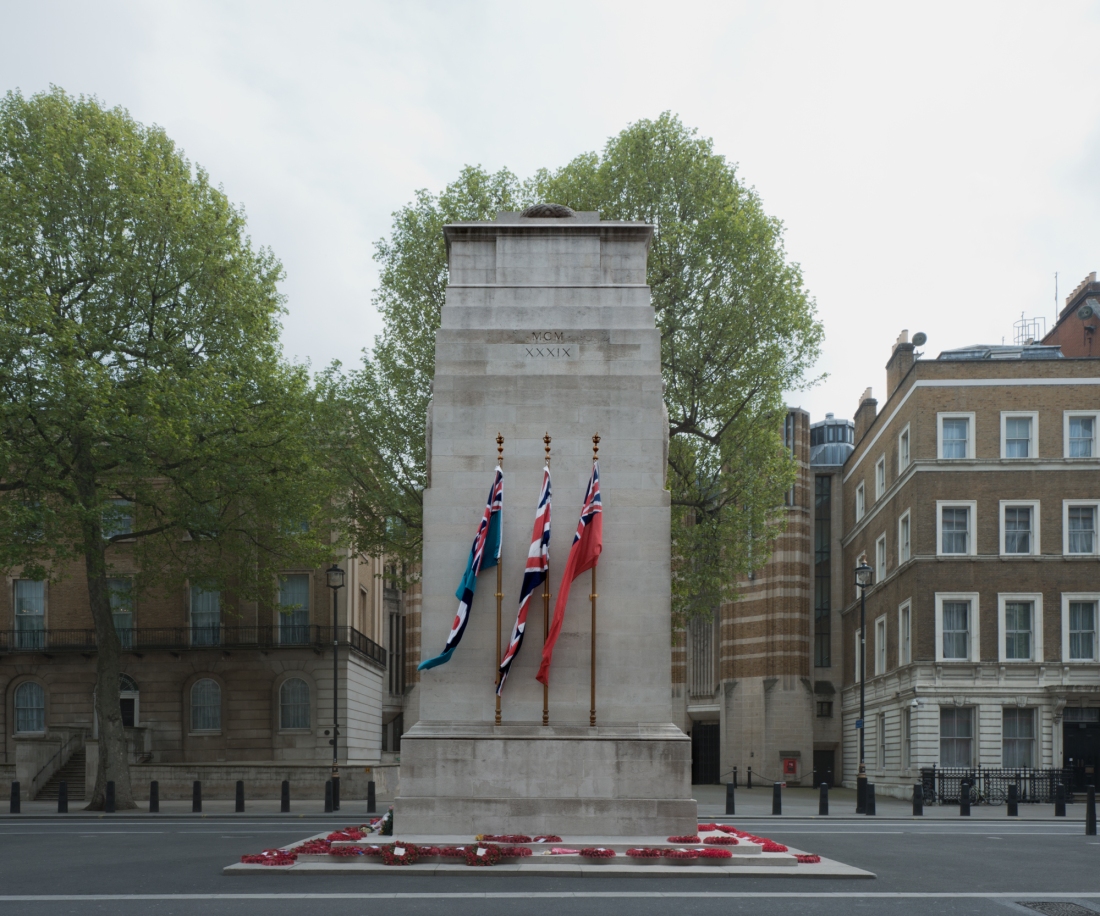 In 1915, Winston Churchill resigned as First Lord of the Admiralty, after the failure of the Dardanelles and Gallipoli campaigns that he had championed. He remained in the cabinet, in the lowly post of Chancellor of the Duchy of Lancaster. He was somewhat despondent but soon, while at Hoe Farm, he took up painting, a pastime that would bring him pleasure for the rest of his life.

However, as always, Winston craved action. In November 1916, when he was a 42-year-old married man with three small children, he resigned from the cabinet and went to France to command the Royal Scots Fusiliers in the trenches. Here he seemed to be seeking solace and redemption. After six months, Churchill returned to London and the House of Commons, still representing Dundee. In July 1917 and in December 1918, he was again elected there.

The year 1918 marked the birth of the Churchills’ fourth child, Marigold Frances. It also signaled the end of Word War I on Armistice Day, November 11th 1918. During the conflict, the British Empire suffered over 1,00,000 military deaths. Fortunately, Winston was not one of them. The Cenotaph, shown above, was completed in 1919 and commemorated the losses during Word War I. Eventually, it was also consecrated to the memory of individuals who died during World War II. Over his long career of public service, in the military and in the House of Commons, Winston Churchill attended many memorial services at the Cenotaph on Whitehall.