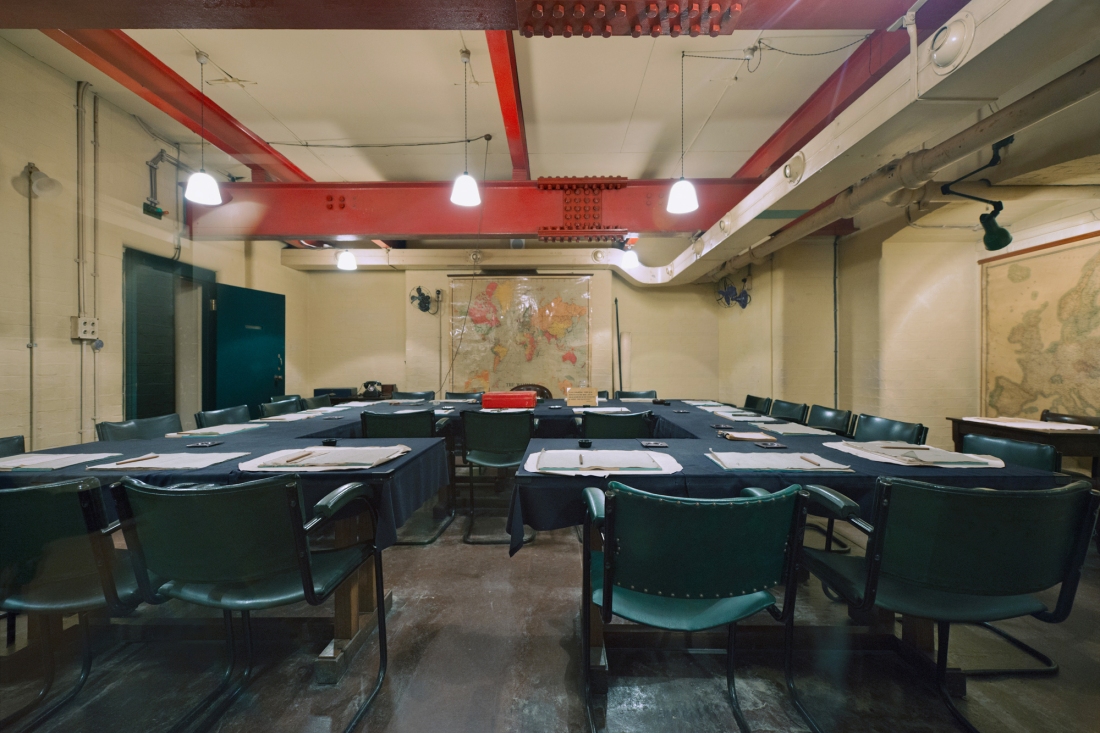 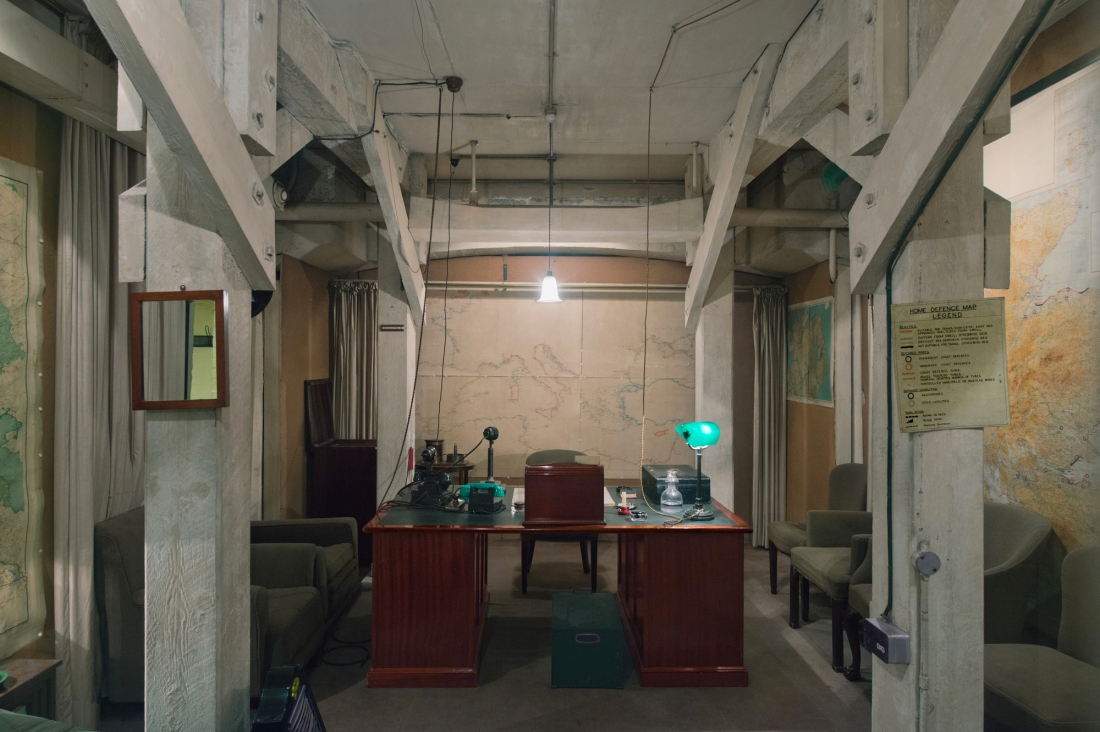 After Poland was invaded by Hitler, Britain and France declared war on Germany on September 3rd 1939. That same day, Winston Churchill was appointed First Lord of the Admiralty. One week earlier, the Cabinet War Rooms, London’s secret bunker designed to protect the War Cabinet and Chiefs of Staff, had become fully operational.

In May 1940, when newly appointed Prime Minister Winston Churchill first visited the Cabinet Room (top photograph) he said: “This is the room from which I will direct the war.” Churchill occupied the wooden seat in front of the map of the world and presided over a coalition of ministers from all sides of Parliament. Over 115 Cabinet meetings, approximately one in ten, were held here throughout the war. Cabinet meetings could start at any time of day or night. Churchill called many meetings here during the evening bombing raids of 1940 and 1941, and sometimes brought them to a close long after midnight.

Churchill used his office-bedroom (bottom photograph) for business and to visit the Map Room in the bunker. He delivered four of his wartime speeches from this room, but he only slept there on three occasions.

To learn more about events of 1939, please visit the BBC World War II Timeline. This BBC summary, prepared by Bruce Robinson, was last updated in 2011.

The images featured above are part of the limited edition collector’s portfolio created by Leslie Hossack to mark the 50th anniversary of the death of Sir Winston Churchill. She presents locations that chart Churchill’s personal and political life, from his birth at Blenheim Palace in 1874 until his death in London in 1965. THE CHURCHILL PHOTOGRAPHS are part of Hossack’s larger body of work that explores Nazi architecture in Berlin, Stalinist structures in Moscow, contested sites in Jerusalem, a Cold War bunker in Ottawa, NATO’s Headquarter Camp in Kosovo, and buildings linked to the Japanese Canadian internment during World War II.