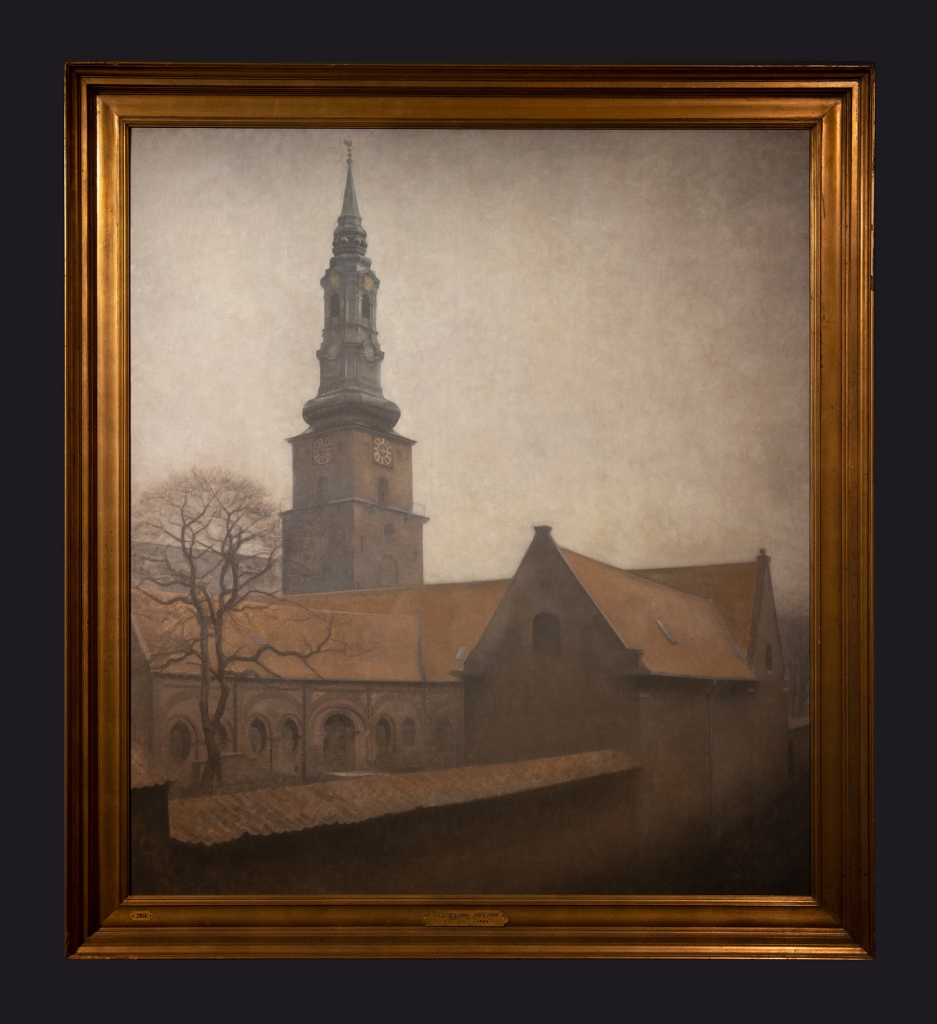 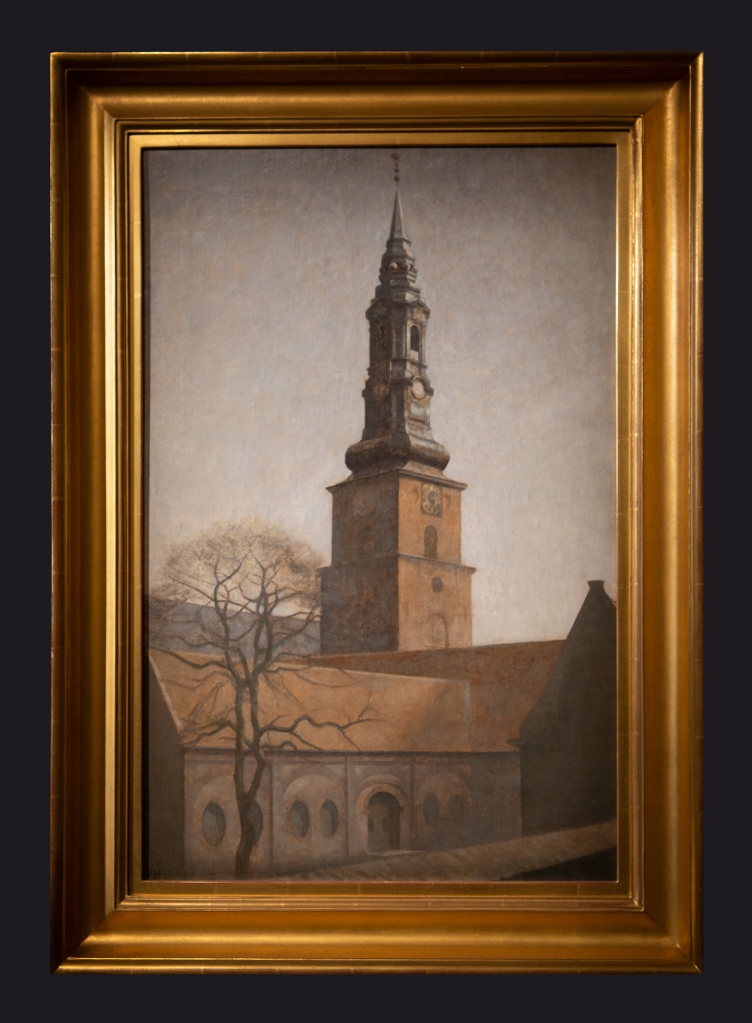 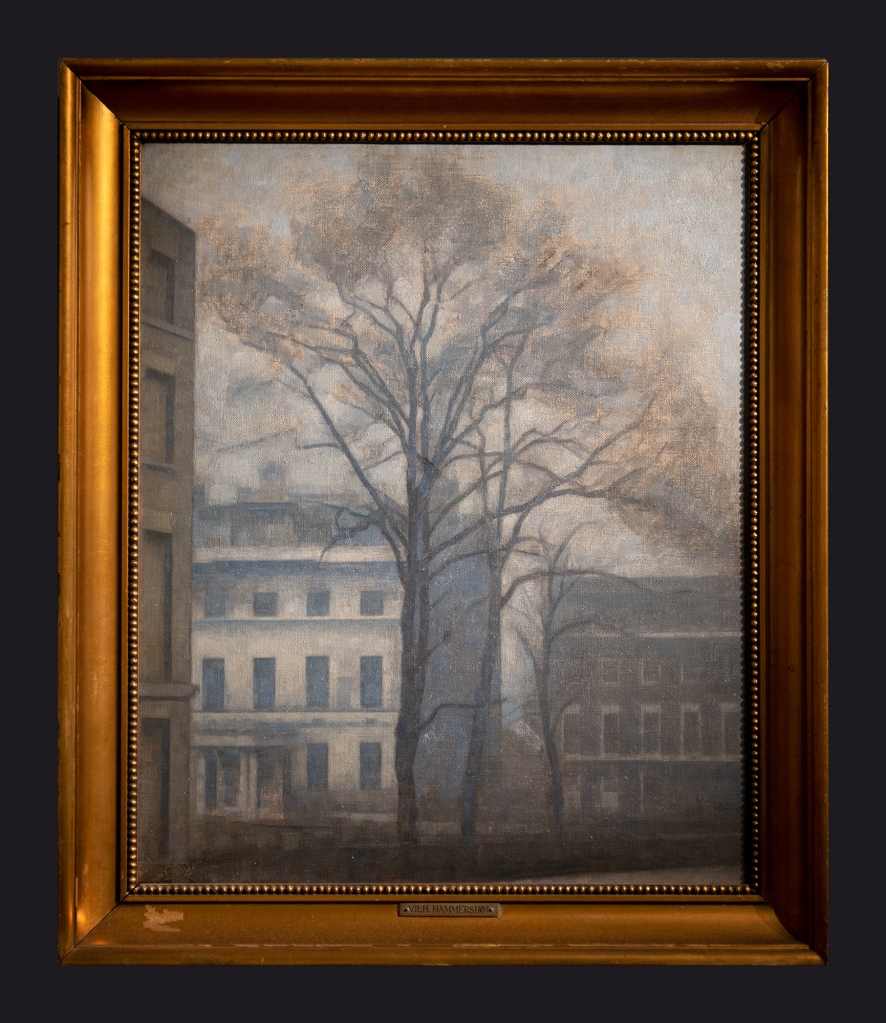 Vilhelm Hammershøi’s three architectural paintings presented above were photographed by Leslie Hossack in 2019, at the exhibition entitled Hammershøi: The Master of Danish Painting, at the Musée Jacquemart-André in Paris. Hammershøi painted a number of landmarks in his home town of Copenhagen and he sometimes painted scenes during his travels to the Netherlands, Belgium, Paris, Rome, Florence, Stockholm, Berlin and London. Vilhelm and his wife Ida were very fond of London and the last image above was painted there.

“Hammershøi is a sedentary type: he likes to paint from his window. Living in Brunswick Square [London 1912-1913], he set his eyes on the Guilford Street Jewish School…”
Emmanuel Daydé and Rafael Pic, “Paris, London, Florence…” Le journal de l’expo (2019)

While visiting Copenhagen in 2019, Leslie Hossack photographed several locations featured in works by Hammershøi. One example is Saint Peter’s Church, Copenhagen 2019, shown below. It is interesting to compare it to the first painting shown above. Hammershøi and Hossack worked from the same spot to capture the church, and amazingly little has changed in the intervening 113 years. However, the angle of view is different. Hammershøi the painter usually worked from the second story of a nearby building, as was the case here in 1906. Hossack the photographer works with her feet planted firmly on the ground, as was the case in 2019. 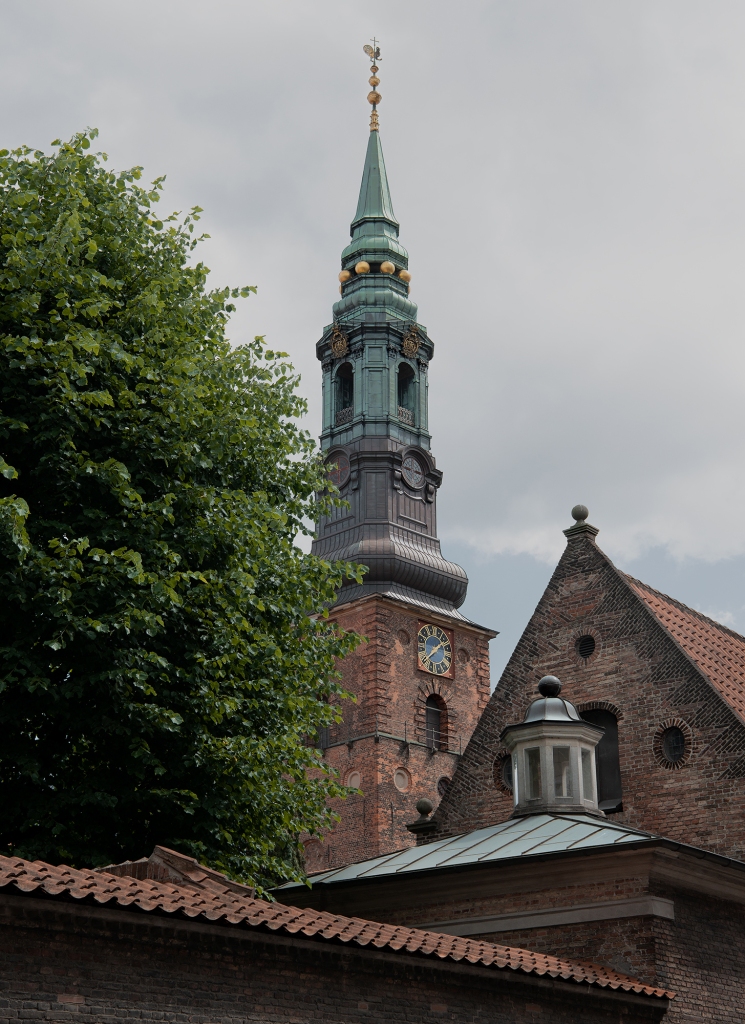 Hammershøi’s oeuvre consists of architecture, nudes, landscapes, portraits and interiors. However, it was his interiors that were the most popular in his lifetime (1864-1916) and continue to draw the strongest response today. Hammershøi painted over 100 interiors in the various apartments he shared with his wife Ida in Copenhagen. Their home was both his studio and a major motif in his work.