Tempelhof Berlin was once described as “the mother of all airports.” 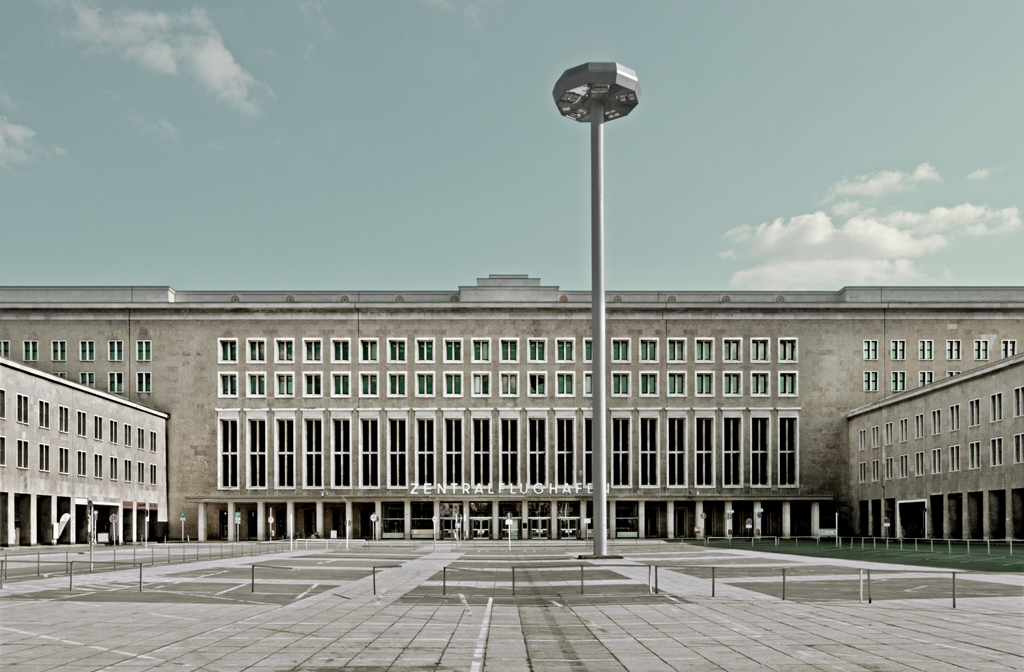 Tempelhof Airport was described by the renowned British architect Sir Norman Foster as “the mother of all airports.”

Built by the Nazis, Tempelhof was taken by the Soviets during the Battle of Berlin at the end of WW II. Shortly thereafter, the airport was turned over to the United States as part of the American occupation of Berlin.

In 1937, Hitler had appointed his favourite architect, Albert Speer, to the position of “General Building Inspector for the Redesign of the Reich Capital.” Tempelhof was built in line with Speer’s grandiose plans to expand Berlin into a global capital called Germania.

Nazi administration buildings such as Tempelhof Airport were built in a monumental style that reduced design to its essentials. This approach is distinguished by smooth unadorned surfaces that appear severe and two-dimensional. The National Socialist style is often characterized by a reinforced concrete frame that is clad in natural stone; façades are flat and symmetrical, and window frames are rectangular with sharp edges.

Tempelhof Airport is a typical example, with its identical rows of windows. The large entrance plaza seen in this photograph is framed by three-story wing structures on either side of the massive five-story reception building with its 21 entrance doors. A 45-metre-high Reich eagle sat on the roof of the main building until 1962; today, only its head is left on display in front of the plaza.