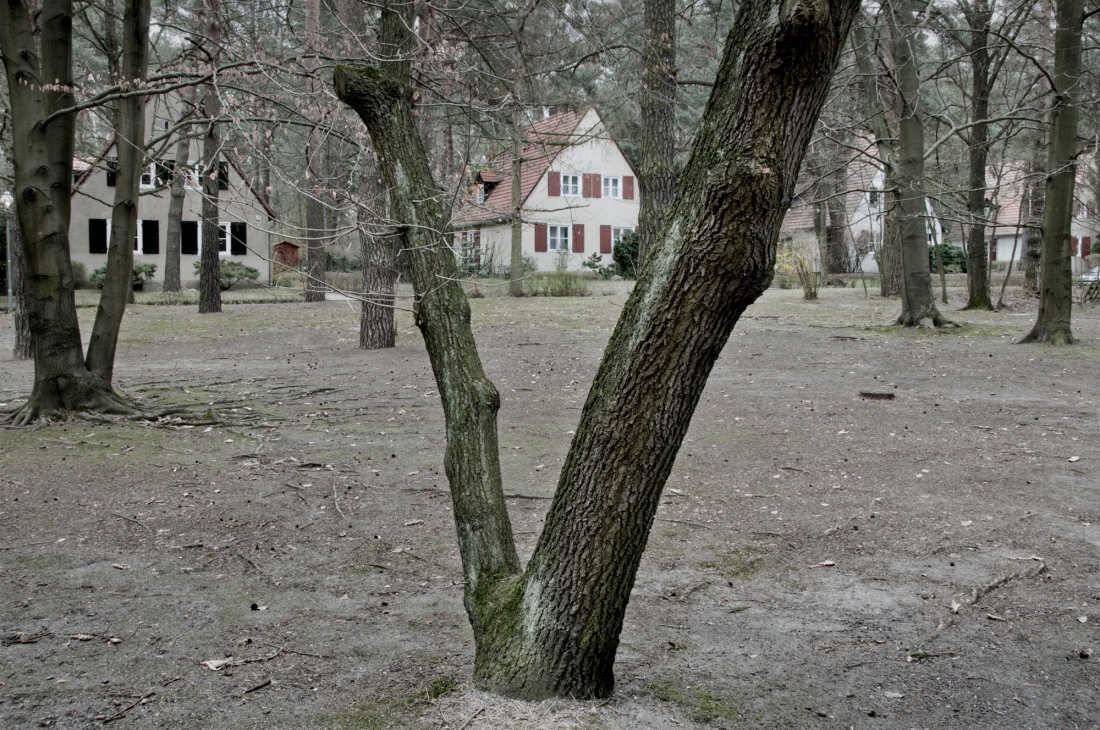 Do Nazi ghosts still walk the tree-lined streets of this Zehlendorf SS settlement? That depends on who you ask.

Today’s image, House at Number 3, Zehlendorf, reveals a street of almost identical houses, starting with the house at number three on the left. By scrolling back to earlier posts, it is easy to see the major structural similarities and the minor decorative differences among the houses in Waldsiedlung Krumme Lanke.

For the past week, the photographs posted on Haute Vitrine have featured these historic homes located outside of Berlin. They were built by Hitler’s National Socialist regime for SS officers and their families. These detached, semi-detached and terraced houses were allocated to SS officers according to rank. This tranquil neighbourhood is situated in an idyllic forest setting along the shores of a lake.

Celebrated German artists Bernd and Hilla Becher are well-known for their typologies, i.e. their extensive series of photographs of buildings and industrial structures. In photography, the term typology refers to an approach that focuses on a group of similar objects. It was the Bechers who introduced the term “typology” into photography. Their images of frame houses, water towers, and other industrial structures (usually presented in sequences or grids) are certainly the most famous examples of typological photography..

So this begs the question. Is this current series of houses in Zehlendorf a random collection of cookie cutter cottages? Or is it a typological series of photographs as defined by the Bechers? Interestingly, their first book was Framework Houses of the Siegen Industrial Region (1977) which presented a series of photographs of simple German houses.