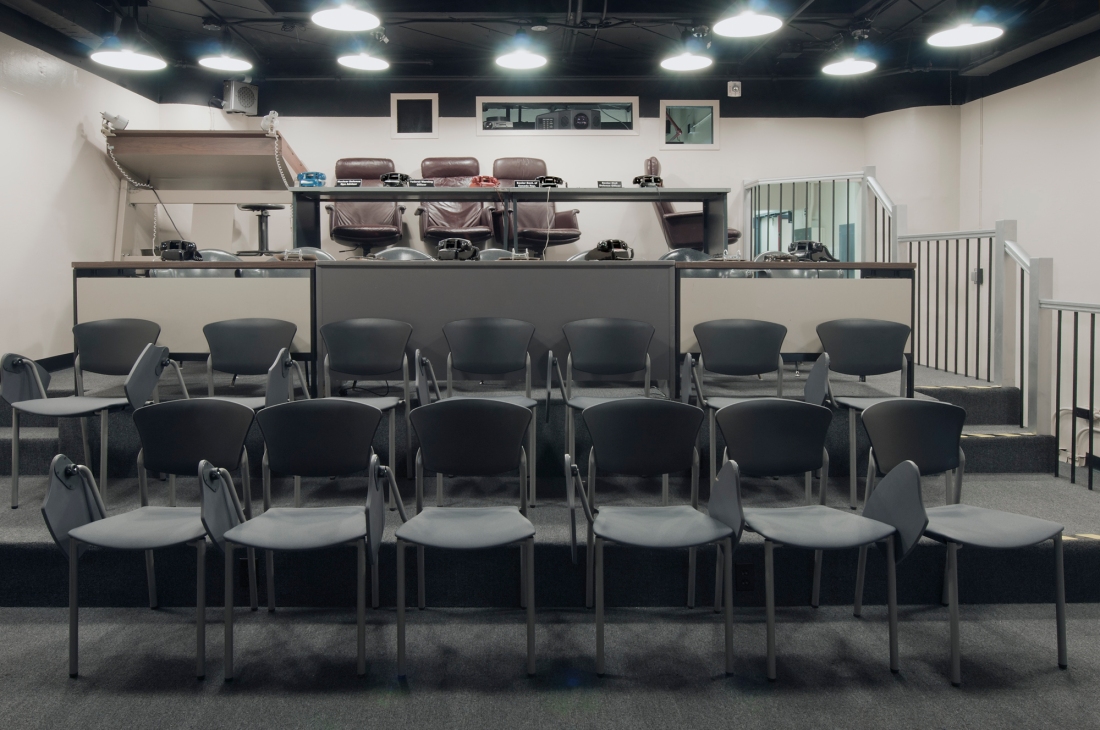 The Federal Warning Centre in the Diefenbunker was located next door to the War Cabinet Room, which was featured in yesterday’s post. In the event of a nuclear attack during the Cold War, military personnel working in the room pictured above would issue an order triggering the country-wide system of air raid sirens. The signs on the command desk in front of the four large chairs at the top of the room read: Nuclear Defence Ops Advisor, Federal Warning Officer, Senior Govt. of Canada Rep. and Senior Civil Defence Officer. For more details, please click on the photograph.

Tocsin B, a nuclear attack exercise, took place in Canada on November 13th 1961. The air raid sirens were tested across the country and then Prime Minister Diefenbaker began a CBC Radio broadcast with the words: “My fellow Canadians, you have just heard the siren sound the national alert.” For this and other Cold War stories, visit the CBC Archives.

Exactly 50 years ago, in December 1961, Canada’s Central Emergency Government Headquarters, aka the Diefenbunker, became operational. In the event of a nuclear war, designated government officials would report to Canada’s flagship bunker in Carp. It contained over 300 rooms and was designed to shelter 535 individuals. Built secretly between 1959 and 1961 just outside of Ottawa, the Diefenbunker was nicknamed after Prime Minister John G. Diefenbaker.