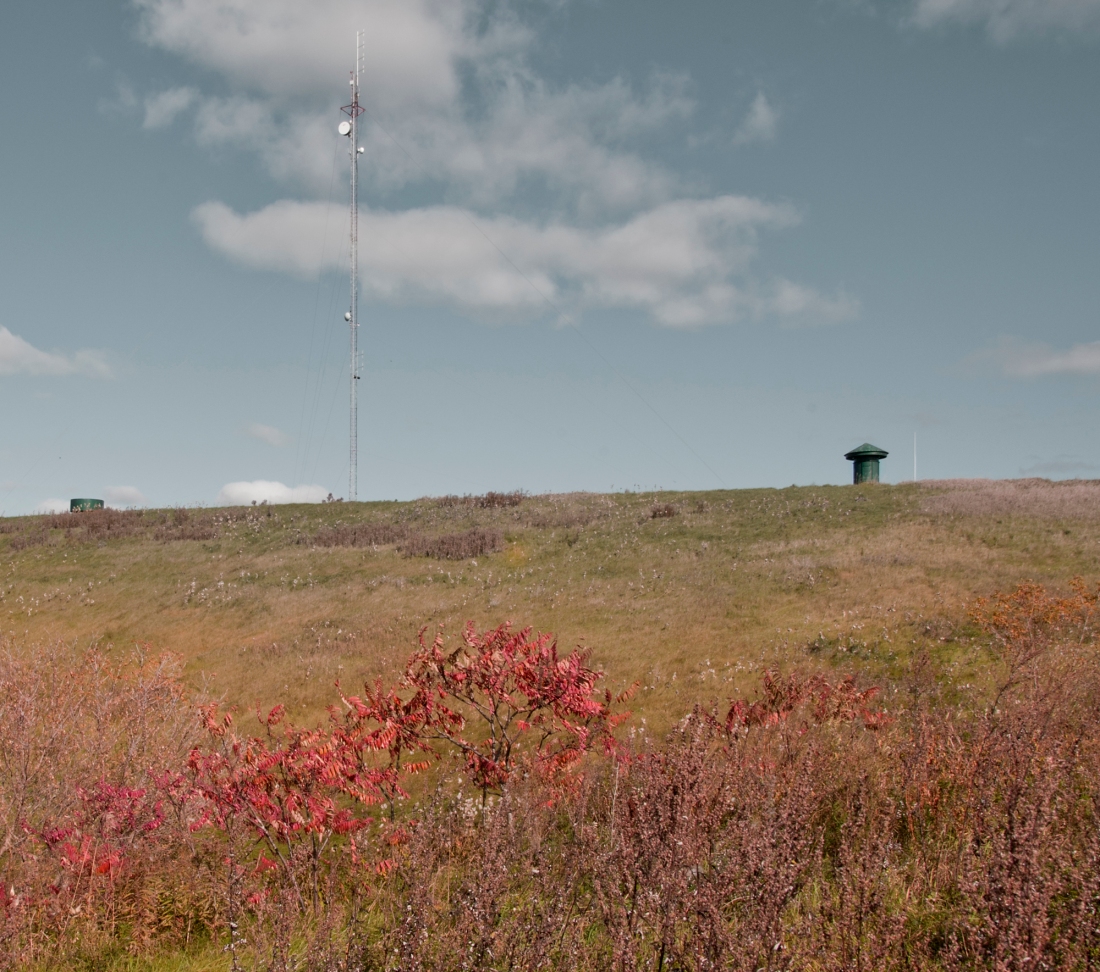 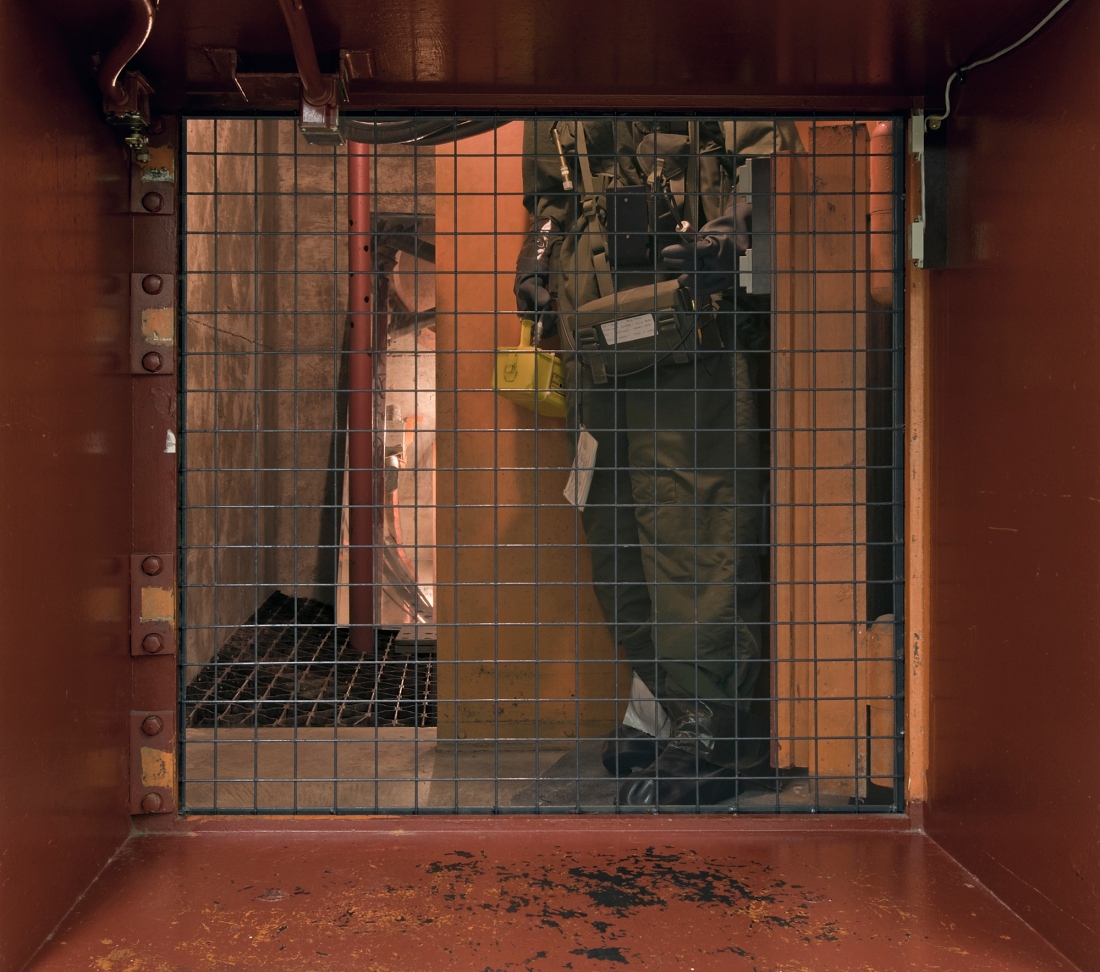 Exactly 50 years ago, in December 1961, Canada’s Central Emergency Government Headquarters, aka the Diefenbunker, became operational. Between 1959 and 1961, this massive complex was secretly constructed in a hillside on farmland just west of Ottawa. It was nicknamed the Diefenbunker after Prime Minister John G. Diefenbaker. During the Cold War, in the event of a nuclear attack, designated government officials would report to the bunker.

There were few visible signs of the underground shelter; however, the conical cap of one of the two escape hatches can be seen on the right hand side of the top photograph. The bottom image shows an individual in the bunker preparing to exit during an internal emergency, knowing that the outside environment has been devastated by nuclear attack. This must be the ultimate Catch 22.

With this scenario in mind, it is easy to understand why several scenes from the movie The Sum of All Fears were shot in the Diefenbunker. This 2002 American film, based on the novel by Tom Clancy, starred Ben Affleck and Morgan Freeman. The title says it all.

Following the end of the Cold war, the fall of the Berlin Wall, and the collapse of the Soviet Union, the Department of National Defence closed the complex in 1994. It is now Canada’s Cold War Museum. Please visit the Parks Canada site for more information about The Diefenbunker.