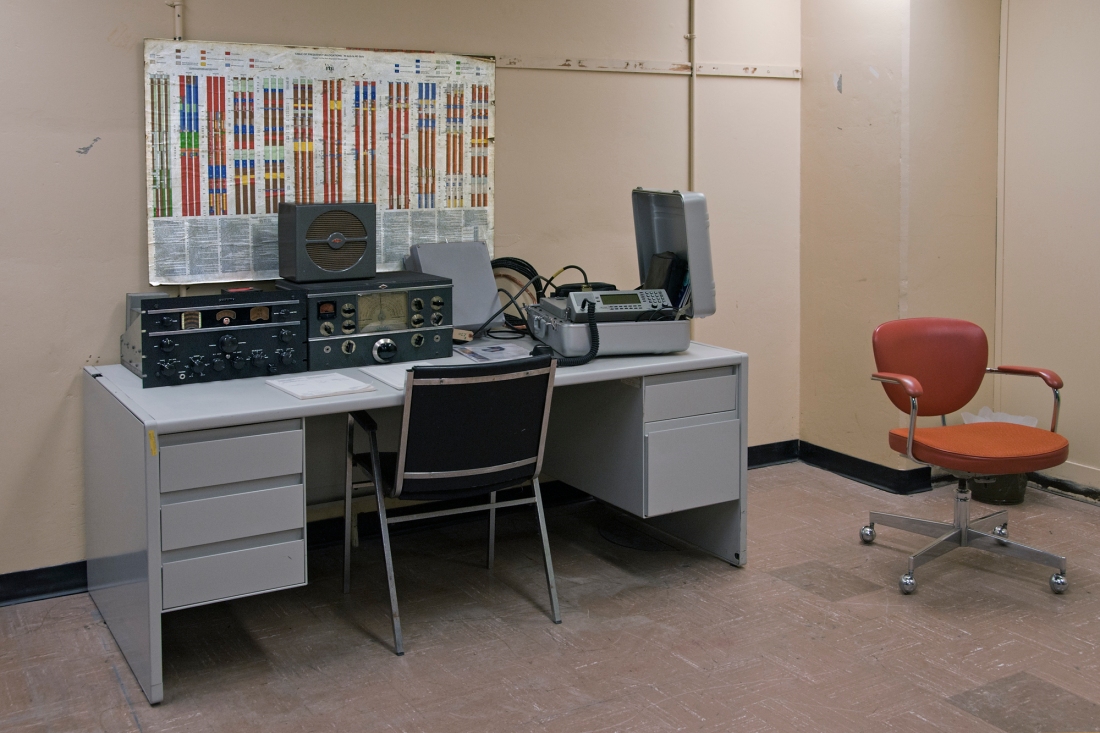 Communication is always critical, but especially during a national emergency. The Radio Room on Level 400 of the Diefenbunker is one of the many communication systems installed in the massive underground bunker. The Diefenbunker was designed to be the main site for Canadian government operations in the event of a nuclear attack. It was also a key national military telecommunications site.

Exactly 50 years ago, in December 1961, Canada’s Central Emergency Government Headquarters, aka the Diefenbunker, became operational. During the Cold War, in the event of a nuclear attack, designated government officials would report to Canada’s flagship bunker in Carp. It contained over 300 rooms and was designed to shelter 535 individuals. Built secretly between 1959 and 1961 just outside of Ottawa, the Diefenbunker was nicknamed after Prime Minister John G. Diefenbaker.

It was the time of Khrushchev and Kennedy, atomic testing and primal fear. Looking back on the Cold War, Diefenbaker said in his memoirs: “I knew that President Kennedy… thought he had something to prove in his personal dealings with Khrushchev after their unpleasant Vienna meeting…. I considered that he was perfectly capable of taking the world to the brink of thermonuclear destruction to prove himself the man for our times, a courageous champion of Western democracy.”

After more than 30 years of operation, the Diefenbunker was closed by the Department of National Defence in 1994. The complex is now home to Canada’s Cold War Museum. For more information visit www.diefenbunker.ca