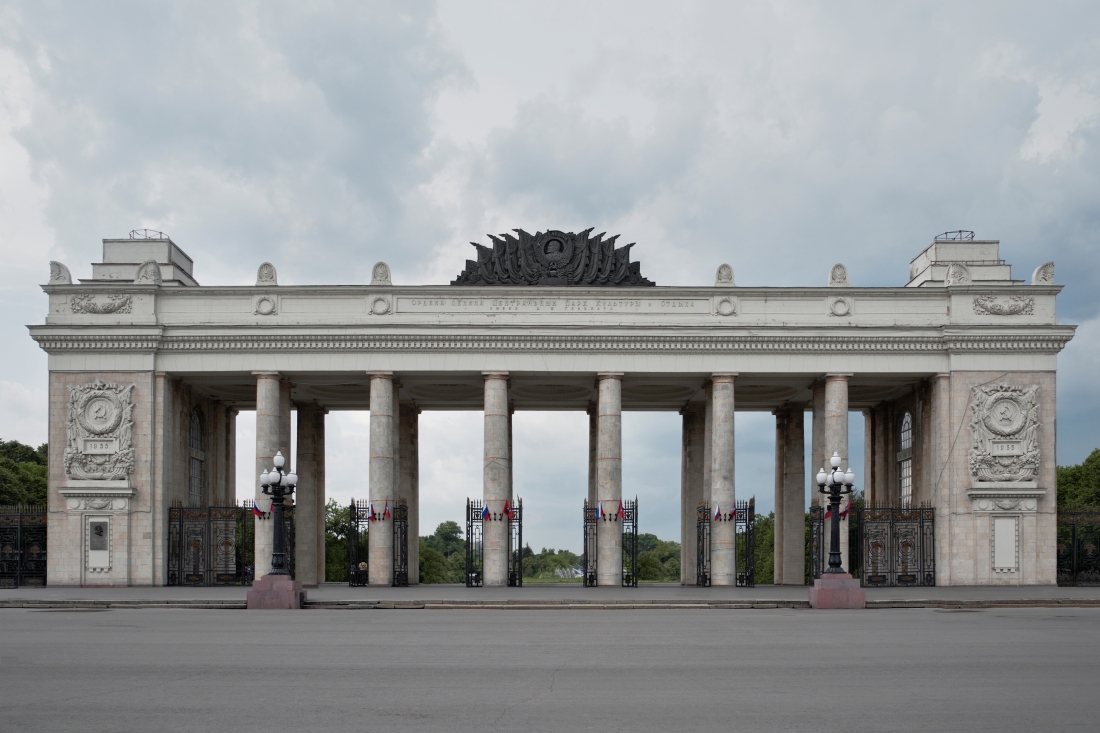 The Ukraine Pavilion, now Pavilion 58 at the All Russia Exhibition Centre, was originally constructed in 1938-39 for the All Union Agricultural Exhibition. Today, this massive exhibition space is still home to flamboyant pavilions from the 1930s that were designed to showcase various regions of the Soviet Union. The exhibition site, with its many historic pavilions, is a lasting example of Stalin’s architectural propaganda.

Gorky Park, the Central Park of Culture and Leisure dating back to 1928, was designed by Soviet constructivist architect Konstantin Melnikov. The Entrance Arch shown above was constructed in 1955; it is an impressive example of Stalinist classicism. Adorned with wreaths, stars, hammers and sickles, the arch is topped with the head of Lenin surrounded by flags.

The Moscow Photographs, a collection of limited edition fine art prints by Leslie Hossack, examine Joseph Stalin’s architectural legacy in Russia’s capital. The structures are linked to Stalin by era, architect and anecdote. Hossack painstakingly deconstructs these historic landmarks, revealing them as they appeared when the architects first put their designs on paper.

These images are part of Leslie Hossack’s larger body of work that explores Nazi architecture in Berlin, sacred sites in Jerusalem and a Cold War bunker in Ottawa. To view more images, please visit her website.  lesliehossack.com