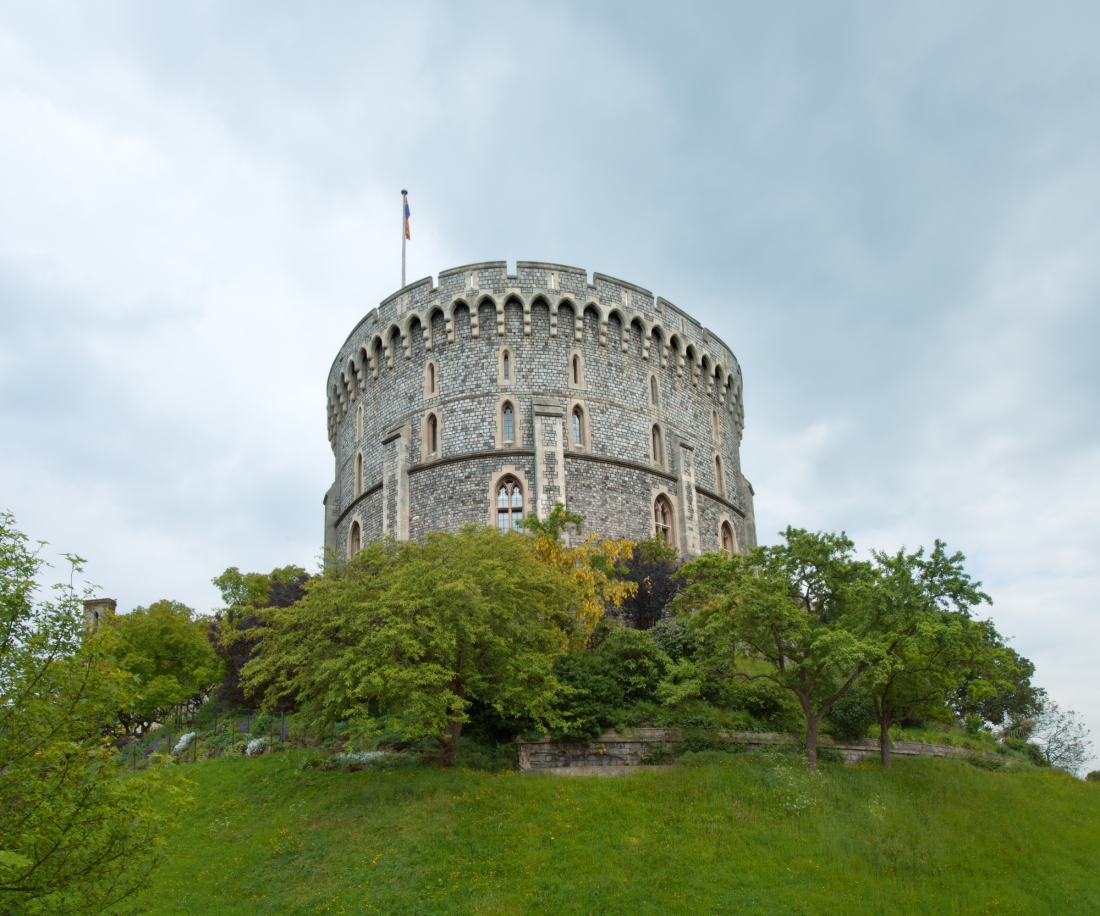 Throughout the 1930s, Winston Churchill often found himself taking positions that were not popular. In 1931, he spoke out against the government’s desire to grant Dominion Status to India, and beginning in 1932, he began talking about Germany’s rearmament and criticizing Britain’s lack of military preparation.

Then, in 1936, a new issue set Churchill apart. In January, King George V died and his son became King Edward VIII. Edward wanted to marry American divorcée Wallis Simpson, but their marriage was opposed by the government. The “abdication crisis” played out for almost a year. Churchill supported Edward, and spoke on his behalf in the House of Commons on December 7th 1936, but was shouted down.

On December 10th 1936, Edward VIII signed the Instrument of Abdication, and the next day he made a worldwide radio broadcast from Windsor Castle, pictured above. Edward’s speech included the following lines: “A few hours ago I discharged my last duty as King and Emperor… But you must believe me when I tell you that I have found it impossible to carry the heavy burden of responsibility and to discharge my duties as King as I would wish to do without the help and support of the woman I love.”

In addition to his political activities in the 1930s, Winston Churchill kept himself very busy writing. He published Thoughts and Adventures (1932), four volumes of Marlborough: His Life and Times (1933-1938), Great Contemporaries (1937), Arms and the Covenant (1938) and Step by Step (1936-1939). Also, in 1932 he had received an advance for a major work, The History of the English-Speaking Peoples, which would be published in four volumes in 1956-1958. In spite of all this, in 1938 financial burdens caused him to put his country home Chartwell on the market; however, a friend stepped in and saved Churchill from financial ruin.

The image featured above is part of the limited edition collector’s portfolio created by Leslie Hossack. She presents locations that chart Sir Winston Churchill’s personal and political life, from his birth at Blenheim Palace in 1874 until his death in London in 1965. THE CHURCHILL PHOTOGRAPHS are part of Hossack’s larger body of work that explores Nazi architecture in Berlin, Stalinist structures in Moscow, contested sites in Jerusalem, a Cold War bunker in Ottawa, NATO’s Headquarter Camp in Kosovo, and buildings linked to the Japanese Canadian internment during World War II.