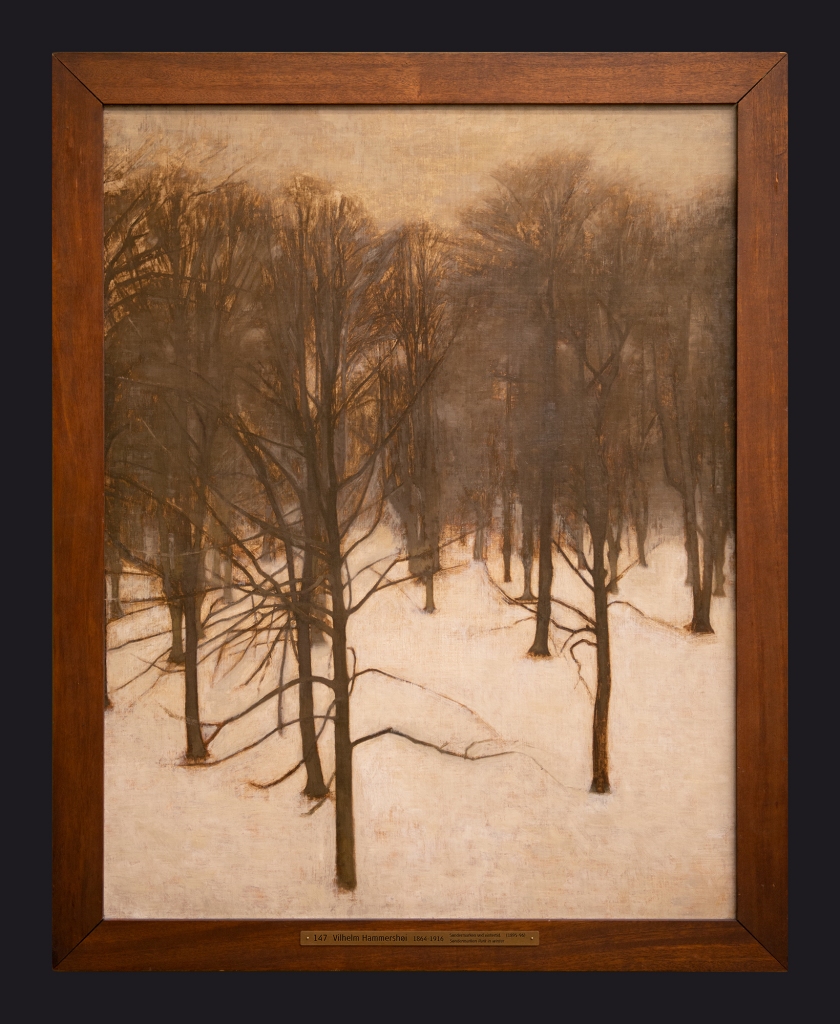 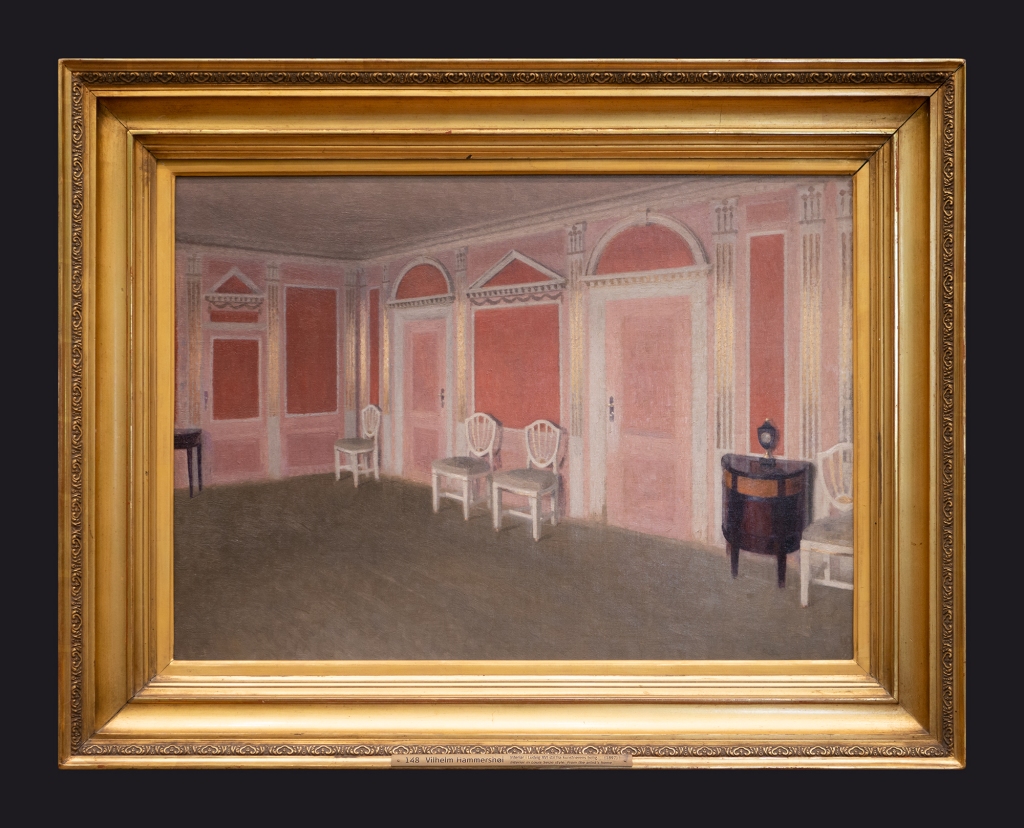 The first two works shown above are quite typical of Vilhelm Hammershøi’s landscapes with trees. There, as expected, we see mystery, movement and mood in his muted, meditative compositions.

And then the interior – and what an interior! The painting entitled Interior in Louis XVI Style, from the artist’s home, Ny Bakkehus, Rahbeks Allé (1897) is anything but muted.

After their extended honeymoon in Holland, Belgium and Paris, Vilhelm and his wife Ida moved into an apartment on Rahbeks Allé in the Frederiksberg district of Copenhagen in 1892. In this painting of their first home, we see signs of Hammershøi’s growing fascination with lines and light, as evidenced in this composition where he portrays staged rooms devoid of people. But the bubble gum pink of the walls is a shock to viewers familiar with his later interiors.

In 1907, ten years after painting Interior in Louis XVI Style (1897), Hammershøi gave one of his rare interviews. By then, he and Ida had been living at Strandgade 30 for almost ten years and his signature “gray” palette had become well established.

“I believe absolutely that a picture makes the best effect in purely colouristic sense the fewer colours are in it. What prompts me to choose a motif is just as much the lines in it, what I would call the architectural stance in the picture. And then naturally also the light.”
Vilhelm Hammershøi, Interview with the magazine Hver 8. Dag, 1907

Hammershøi’s oeuvre consists of interiors, landscapes, architecture, nudes and portraits. However, it was his interiors that were the most popular in his lifetime (1864-1916) and continue to draw the strongest response today. Hammershøi painted over 100 interiors in the various apartments he shared with his wife Ida in Copenhagen. Their home was both his studio and a major motif in his work.